skip to main | skip to sidebar

On behalf of everyone in the Máiréad forum, we congratulate you, Máiréad, on winning the Irish Music Association Award as best fiddler. The awards were given out in Missouri last night.

All of us who nominated and voted for Máiréad are so very proud of her and please at the results. We thank Mr. Bob Reeder and the entire IMA for selecting Máiréad as this year's winner. 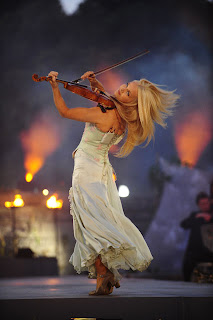 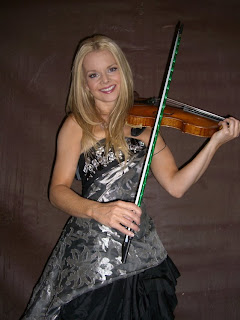 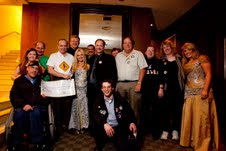 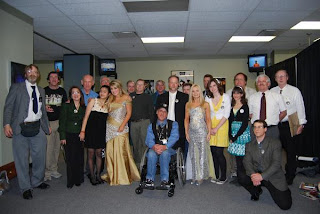 Welcome to a new year and a new and energized blog!!

2009 was an amazing year for the forum and for many within it. The first major event was in March at Wilkes-Barre with the first annual MáiréadFest. It began with dinner the night before and a catered forum lunch the next day prior to the show. It was a very special night attended by almost thirty forum members, family, and friends. The most important aspect of the event had been in the works for several months. That was the meeting between forum member Kimberley and her favorite artist Chloe. That did happen right away from the stage with some delightful interactions between the two of them. After the show the request to have Máiréad and Chloe at the meet and greet was granted. The meeting between Chloe and Kim was precious and there were many tears and smiles to go around that room. Máiréad received lots of gifts and attention in this celebration of her. She was most kind and gracious in her speech to all of us but cut it short as the emotion of the night overtook her. Chloe stepped right up and finished in a way only Chloe can do. She really is a fine spokeswoman for the ensemble. It was a wonderful couple of days for many forum folks and will never be forgotten. Photos were taken during the event.

The next important event for the forum came with Máiréad's use of the fiddle bow she was given by the forum for her birthday. She was presented that indirectly through Lisa after the show in Dallas on her birthday. It was an emerald green unique bow called an Incredibow. She had indicated later in a blog she might use it for her finale both nights at Red Rocks which wrapped up the spring tour. It was an incredible surprise and great honor to say the least when she brought it out in the first act the first night. She used it periodically throughout the night and did the same thing the next night. Again, another night of smiles and tears for the forum folks who attended. Some of us had the pleasure of seeing her at the meet & greet after the final show. Both night's shows had been preceded by forum gatherings for lunch and dinner with the latter catered at a room at the venue. We again had between 20-30 forum folks in attendance. Celtic Woman graciously had a photo taken of Máiréad with the bow backstage the first night.


The next event for the forum was represented by over a dozen forum members attending the new DVD recording in Ireland at Powerscourt in County Wicklow, Ireland, at the end of July. Most were there only a couple of days but some of us were there for a week. We fought off heavy rain the first night and an overheated generator the second night. But the show went on to a successful conclusion. It has been aired now in part on PBS pledge drives and the CD and DVD will be available soon. Some forum folks made the cut and can be clearly seen on the videos. We were also able to meet the very nice conduit for Celtic Woman, John Flanagan, at the show. Yes, he is real. Some forum folks were able to meet and have photos taken with David Downes, Chloe's mum Twink, Lisa's mum and dad, Helen, Ray, Darren Holden of The High Kings, and others. Some of us were also blessed with viewing the sound check the second day which was basically the entire first act with the artists in casual attire. Later in the week a few of us were in Killarney in the west of Ireland to attend a show by The High Kings. Some touring around Ireland by some made it a very full week plus. Not a whole lot of sleep in all of that either.

The final forum event of the year came in Albuquerque in November. That was a full day as the artists had two shows that day and a long drive to Tucson to make that night. Máiréad was her usual energetic self save for a fall during the afternoon show. She and friend fiddle were fine and she scampered off stage none the worse for it but it did put a scare into us for a bit. After the night show it had been planned to present Máiréad with the check from her forum to her charity of choice, Oxfam Ireland Unwrapped. Again, with the cooperation of Celtic Woman, that event happened. She was given a large, laminated check in the amount of $2000 that had been gathered for about an eight month period in her forum. She again was most gracious in thanking everyone there and as in Wilkes-Barre, Chloe was the other artist in attendance. As with Wilkes-Barre, photos were taken.

The Máiréad forum has grown very nicely since it began in January of 2008. While it is not a large forum yet it is certainly an energetic one. We like to call that pixie dust. Appropriate since Máiréad plays the sound tracks for the Disney Tinker Bell movies! It exists with the support of Máiréad which has been a great honor and blessing from the start. We cannot thank her enough for her kindness and support in person and in writing. Regardless of where she is or what she is doing in her career her forum will endeavor to promote and support her in as many ways as possible. We endeavor to show the proper respect throughout without censoring the passionate writings of some and without taking away the fun we have in the enchanted forest. We do hope it is a source of pride and pleasure for her.

We are now in 2010 and some changes are coming. But in all those changes the continuity of her forum will be maintained. For many this new year presents a series of challenges in this struggling economy. The forum will be well represented at shows around the country. It is also actively promoting fan sites in various vehicles to continue promoting and supporting Máiréad in all she does. She begins the new year in Switzerland with a performance in Berne with their symphony orchestra. Her brother Karl is there too and is a gifted artist in his own right. We thank all of you in her forum for being there and supporting her with your posts, prayers, time, and dollars for her charity. Be looking there and here for news and about the 2010 charity drive for Oxfam in her name and that of her forum. Blessings to each of you and have a wonderful new year.